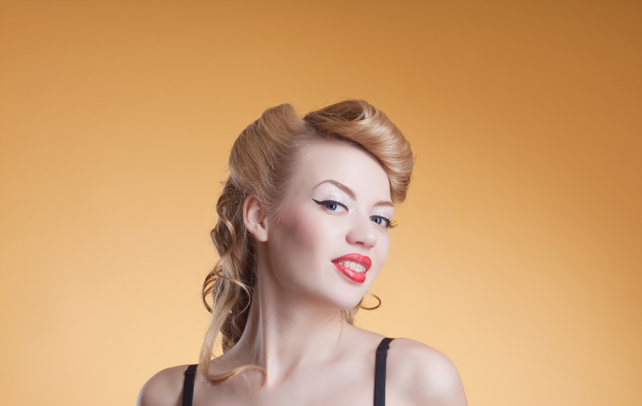 In the 1970s, many women wore their hair long, though there were some who preferred it shorter, above the shoulder or chin length, also. The styles were simpler, looked more natural than in the previous eras and hence, were fairly easy to create and maintain. Some of the popular styles, often sported by film stars and celebrities, were the long and straight variations of the bob, natural Afro’s, etc., which were often accessorised with headbands. To achieve the long and straight look, women often used regular irons as specific straightening ones had not yet been invented. The accent was more on looking different, rather than shocking which became the sole purpose in later years. A lot of styles were combined with waves or curls and bangs. Some styles have been carried down in their original form, while some have undergone many changes over the years to suit modern trends and convenience. These are some of the 1970s styles which are still popular.

The Natural Afro Cut
The 70s was an era when black people had started enjoying a position in society. They grew their naturally curly hair to make a fashion statement and the style caught on. To this day, the style remains immensely popular among the fashion conscious and the best part is that it requires minimal time and effort.

The Bob
The bob was popular in the 70s among women who did not have the time to style and maintain their long hair. There were many variations of the bob.

The 1970’s Women’s Hairstyles have some interesting options that make it easy to choose a hairstyle if you are throwing, or attending a theme party, or if you just feel the need to cause a stir by altering your regular hairstyle. After all, these hairstyles had a chutzpah about them that’s unparalleled even today. Match the appeal of these hairstyles with your natural charm and self-confidence and see how you can make the heads turn . These styles are still the “oomph” of the day — and always will be!