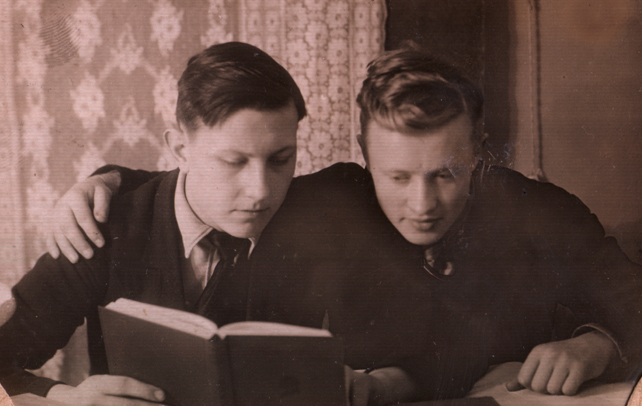 The 1930s were associated with a lot of pomp and style. The evolution of hairstyles for men had witnessed its most rebellious upheaval during the 1930s. The World War, flashy bands, dancing and fashion brought forth a new wave of hairstyles for men. The typical 1930s hairstyles for men can be described as short and sharp. There were regular trips to the barber to cut short their hair to keep up the sophistication connected to those times. The trend was to team up hats and caps with the vintage hairstyles and neatly tailored suits like the Drape cut or London drape in subtle colors as it was the era of the Great Depression. Pompadour was no longer in fashion in the 1930s and it gave way to waves that were kept slicked down or combed back the made side-parting hairstyle immensely popular. It is very common for these vintage hairstyles to make a comeback in fashion today. Here are the popular 1930’s men hairstyles.

Long Bangs
During the vintage era, long bangs were hugely in vogue. The men pushed up their hair and finger-styled them into a couple of waves to create an impression of height. This was more popular among young men in their late teens or early twenties. Pomade or oil was used to style the wave, as there was no styling gel or hairspray at that time.

Buzz Cut
This hairstyle was picked up from the famous movie Boardwalk Empire and was popularized by artists like McSqueeb, J. Edgar Hoover and Jimmy Darmody. This hairstyle was a modified version of the long bangs hairstyle where it was buzzed on the sides, but kept longer on the crown and combed back for a sleek look. The buzzed cut usually had short sides, shaved close to the scalp just above the ears.

The Undercut
Referred to by a variety of names in and around Germany, this widespread hairstyle was made popular by Adolf Hitler. It is also called the Hitler youth, Nazi cut, the synth and the jugend, which means ‘youth’ in German. This old-school coif has become a go-to haircut and has gained a lot of popularity now, after it made it such a major comeback last year.

Short Back and Sides
This is the most classic men hairstyle that looks extremely stylish. To achieve this style, the hairs were tapered at the perimeter of the cut, very close to the skin, very much like a fade. This taper was then flared at the parietal ridge on the sides and at the occipital bone at the crown. The hair was lifted to its maximum length at the top of the head. The hair was kept longest at the forehead. This meant that the sides and the back were “blended” and the top was left fairly long.

Finger Waves
Even though hairstyles in the 1930s were kept short and close to the head, men also sported curly hairstyles. The finger wave had men combing back their voluminous curls over the top of their heads for a waved look. Men used hair lotion or pomade generously on their hair to create curls and waves. The hair was then pushed back on top of the hair for a sleek neat look.

Water Wave
This is a variation of the wave hairstyles. A water wave is created by combing, using a special comb made for this purpose, curved to fit the head teeth. The hair is kept wet and sponged with pomade or hair wax or any kind of hair lotion. The wet hair is then combed upward. When the hair dries, it results in natural waves. There are many types of water waves that were sported by men in 1930s like Short Part Water Wave, Quarter-Back Water Wave, Straight-Back Water Wave and Center Part Water Wave

JohnnyDepp recently sported a 1930s hairstyle in his movie “Public Enemies” in which he played John Dillinger. Men’s hairstyles of the 1930s were a reflection of the ideals prevalent in the society and the trends in culture of that era. Grooming and dress etiquettes were an important part of a man’s daily routine and it was followed diligently even during the depression era. The men created style statements by adding little, additional touches to their hairstyles to match with their individual personalities. This made their facial features like eyes, nose and chin more prominent and statuesque. It highlighted and accentuated the square and masculine jaw line of men.