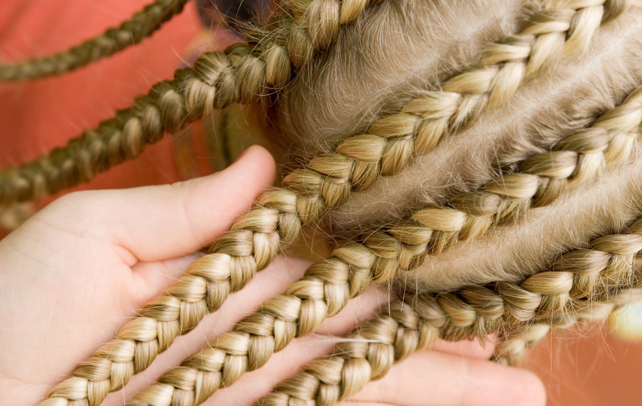 Braids, for both men and women, have been popular from times immemorial and have evolved in response to a society’s evolution. Over time, all the different styles found their way to the global scene and are now named after the country from where they originated. The European culture always had a special place for braids and hence many styles are named after European countries. The French braid is no exception. This braided hairstyle is so common all over the world due to its convenience and ease that it is widely used both for formal and informal occasions. It is a style that stays in place much longer in comparison to other hairstyles. Today, using French braids is almost a standard amongst school-going girls who have reasonably long hair. Medium length hair too, manage to look great with half French braids alongside a ponytail. The French braid is a hairstyle considered both trendy and elegant. Amongst the various styles of braiding hair, the French braid being more common is discussed in the following section, in further detail, with the most wide-spread of its variations.

The French braid is by itself a basic style from which countless variations can be done to suit your individual imagination and taste. This is a hairstyle which can be adopted for any kind of occasion. It also helps you to keep your hair in place when you are off for adventurous trekking, outdoor sports, aerobic session or a pleasure trip. The French braid hairstyle and its many variations are easy to style and look very stylish and comfortable. No wonder then that Lara Croft doesn’t go tomb raiding with any other hairstyle!