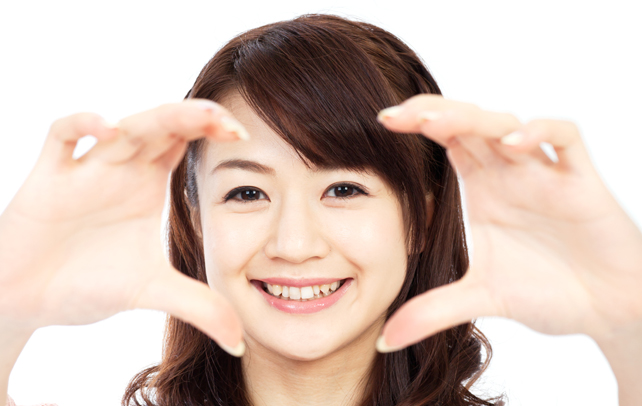 Early in the seventh century, inspired by Chinese fashion, Japanese noble women wore their hair high and boxy at the front with a sickle shaped ponytail known as ‘Kepatsu’. After that, till the fourteenth century, Japanese women rejected Chinese fashions and created new styles. Unbound long hair became fashionable and the longer the hair the more beautiful the woman was considered. Thereafter, till the nineteenth century, Japanese women wore their hair in more elaborate fashions where the hair was pulled back in different styles to form buns decorated with combs, hair sticks, ribbons and even flowers; these came to be called the ‘shimada’ image. These styles evolved with slight variations and, by the early twentieth century, became elegant, simple and much less complicated than the styles of the bygone periods. The hair in front was pulled back and up, tied with a ribbon while a second ribbon was used for tying the long hair behind the back. This style continued till most of the early twentieth century, when Western-style hairdos started influencing Japanese women’s fashions. Today Japanese women are as fashionable and as modern as their counterparts from any part of the world and their hairstyles are pretty Western. However, here’s a look at the more traditional Japanese haircuts.

Geisha Hairstyle
Traditional Japanese performing women artistes, known as geishas, are famous not only for their music and dance but also for their elaborate makeup, hairstyles and attire. The geisha hairdo has been considered stylish in Japan for centuries now.

If you would love to do your hair in a traditional Japanese hairstyle, pair it with a lovely kimono and look like an elegant Japanese lady at the next costume party. It’s an excellent style to dress your daughter in for a fancy dress competition at school or for a theme party. Japanese women’s hairstyles have always held a genuine appeal and an enticing magnetism, symbolizing a wholesome purity that’s irresistible. For a unique flavour, couple your regular hairstyle with any of the Japanese women’s hairstyles to add a dash of innocent allure to your modish ensemble.